Are you concerned with how your skin both looks and feels? Learn how a dermatologist can help improve the health of your skin.

If you are used to frequent tanning beds or have spent lots of time out of the sun without sunscreen, it's a good idea to visit your dermatologist for periodic skin checks. When skin is overexposed to ultraviolet light for extended periods, it can change your cells and lead to conditions like actinic keratosis (AK). AK isn't cancerous itself, but it is a precancer indicator that could eventually lead to a skin cancer called squamous cell carcinoma. Learn more about the symptoms of AK, how to treat it, and how squamous cell cancer can be treated early on.

What is Actinic Keratosis?

Actinic keratosis is a lesion of abnormal cell growth from sun damage. If you have AK, you may notice scaly patches on your skin. They are often present on lips, ears, scalps, necks, cheeks, or hands. They may look like a scab and be yellowish or reddish in color.

How is it Treated?

Again, while AK isn't cancerous itself, some of the cells in this skin disorder could develop into skin cancer, which is why it's important to get them checked out and removed early on. A dermatologist can often remove AK with cryotherapy. During cryotherapy, the abnormal skin cells are frozen with liquid nitrogen. The AK will eventually blister, peel, then slough off, thus allowing healthy skin to emerge.

Along with removal, your dermatologist may perform a biopsy to check for cancerous cells. They will remove a portion of the AK cells and send them to a lab for testing. Biopsies are important during treatment because a physical exam doesn't always immediately indicate whether an AK lesion is cancerous. However, if you have an AK lesion and also notice bleeding, itchiness, or changes in its diameter, you should reach out to your dermatologist as those symptoms could indicate cancer.

If Actinic Keratosis Progresses to a Carcinoma, What Can You Do?

Actinic keratosis lesions tend to grow slowly over time, so if you are staying up on regular skin check exams, your dermatologist will be better able to catch any cancer in the early stages. If the AK progresses to squamous cell carcinoma, there are still many ways to treat it, such as cryosurgery, excision, and laser surgery.

Cryosurgery is similar to the removal of AK itself; your dermatologist would use liquid nitrogen to freeze the cancerous cells so that they stop spreading and slough off.

Excision surgeries are great for the early stages of squamous cell carcinomas, as your dermatologist can use a local anesthetic and a curette to remove any cancerous tissue. Some people may prefer a more precise excision procedure known as Mohs surgery. During that surgery, your dermatologist would remove thin layers of tissue and examine them under a microscope of cancer cells before removing the next layer. It's a more complicated procedure, but it minimizes scarring.

Lastly, your dermatologist could also use laser therapy, where cancer cells are vaporized with focused light beams. Laser surgery is meant for the early stages of carcinoma, as this treatment only kills cancer cells on the surface of the skin.

As you can see, whether actinic keratosis is in its early stages or if it's progressed to a squamous cell carcinoma, there are ways to treat this condition. For more information on a skin cancer check, contact a company like Advanced Dermatology of Northern California. 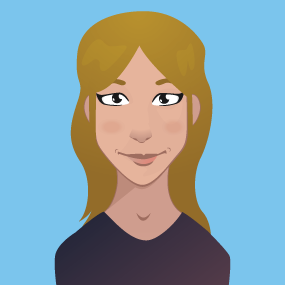 When I was a teenager, my skin was absolutely unsightly. I didn't know how to improve it, but I did know that I needed to meet with a dermatologist. Instead of ignoring the issue, I decided to tackle my acne head-on. I talked to my parents about taking me to the doctor, and they obliged. The doctor diagnosed me with cystic acne and gave me some medication that really helped to alleviate my pain and discomfort. This blog is all about improving your skin by seeking proper medical care. You never know, by making a few simple changes, you might be able to feel more comfortable.